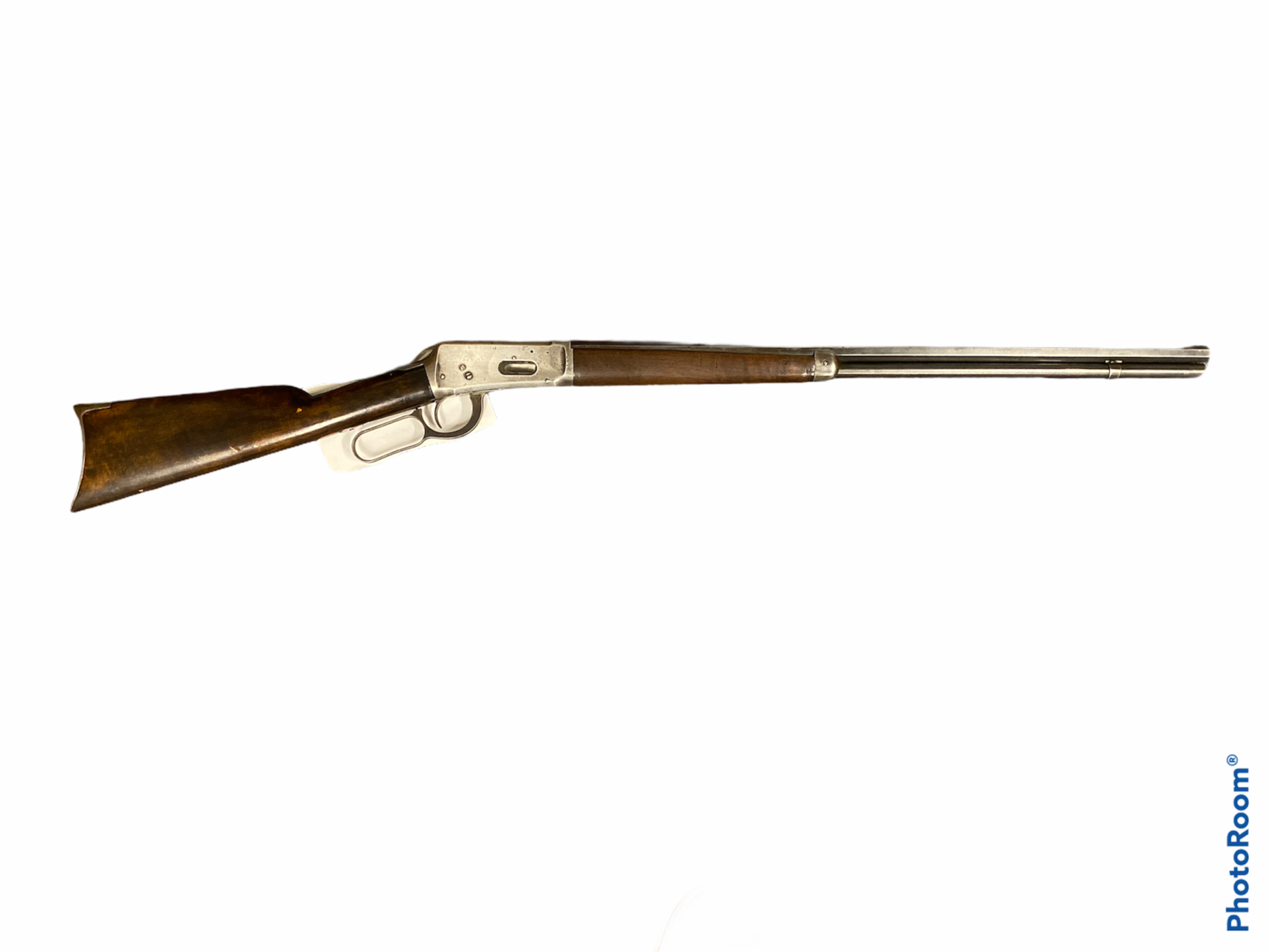 Manufactured in 1901, it features an octagonal barrel of 25 3/8". This was the last of the "Cowboy Guns that was still driving herds into the early 1900s.

A wonderful addition to any collection of a true American classic!

The Winchester Model 1894 rifle (also known as the Winchester 94 or Win 94) is a lever-action repeating rifle that became one of the most famous and popular hunting rifles. It was designed by John Browning in 1894, it was the first rifle to chamber the smokeless powder round, the .30 WCF (Winchester Center Fire, in time becoming known as the .30-30).

The 1894 was produced by the Winchester Repeating Arms Company through 1980.

The Model 1894 has been referred to as the "ultimate lever-action design" by firearms historians such as R. L. Wilson and Hal Herring. The Model 1894 is the rifle credited with the name "Winchester" being used to refer to all rifles of this type.