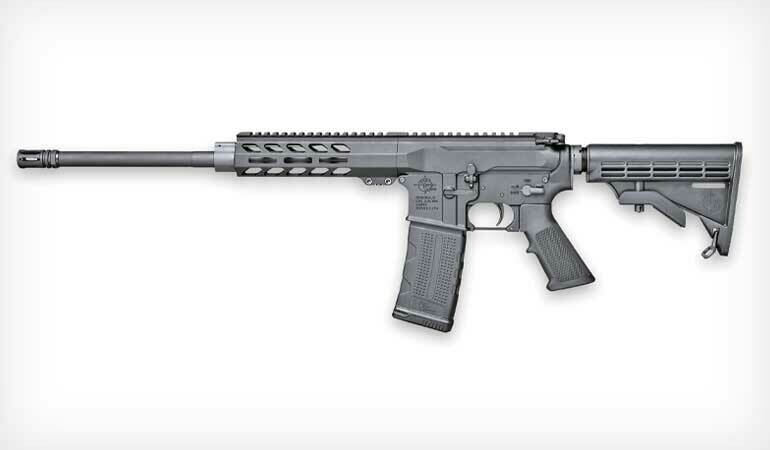 Rock River Arms, the leader in specialized Modern Sporting Rifles, has developed a 5.56mm semi-auto that advances the clean, trim look and performance of the monolithic-style upper receiver/handguard design but at a price point more in line with a conventional upper receiver and free-float handguard assembly.

Matched to the receiver is a similarly constructed 6061T aluminum free-float handguard that blends almost seamlessly with the upper to provide an elegant, unitized profile and balanced strength and rigidity across the optics platform. The CAR-length handguard boasts a full-length MS1913 top rail and features the popular M-LOK™ rail configuration for easy accessory adaptation. The M-LOK™ system along the side and bottom surfaces lets shooters run a clean handguard or add only the rail accessories needed to help maintain a sleek, snag-free signature.

Combined, the RRAGE upper receiver and handguard set a new standard in MSR design and performance.

Other key components of the RRAGE include a 16-inch chrome moly barrel, A2 flash suppressor, carbine-length gas system with a low-profile gas block, single-stage trigger, A2 grip, and the RRA six-position tactical carbine buttstock.