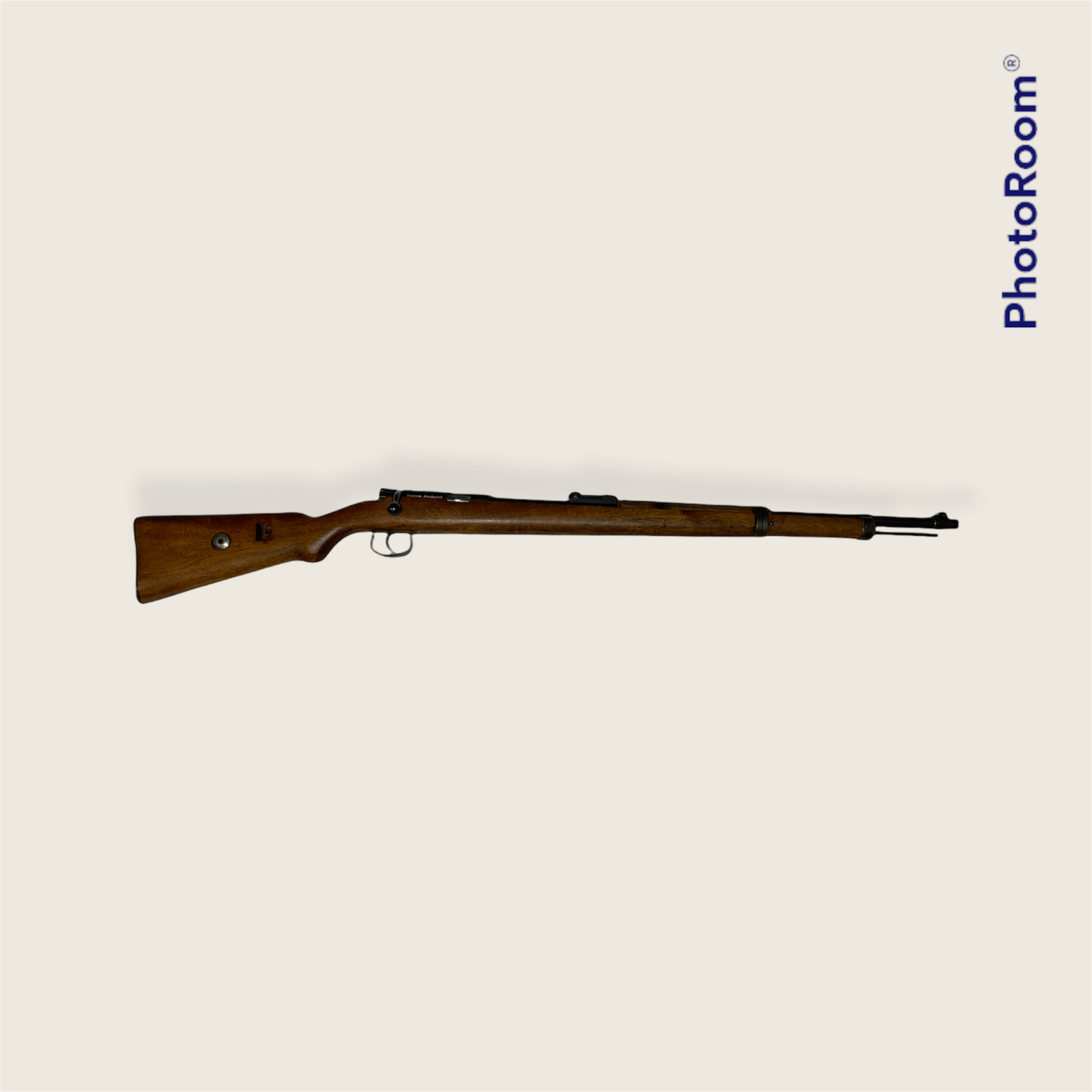 .22 LR. 25.98" barrel length. Pre-war single shot bolt action rifle with 200 meter adjustable tangent and blade sights. Blued military finish with white accented markings. Walnut stock has a plain round knob semi pistol grip and forearm, with a metal butt plate, takedown washers, and double barrel bands with side sling mount. Markings include a Mauser banner logo to top of receiver and "10919/MAUSER-WERKE A.G. OBENDORF A.N." preceded by two commercial receiver proofs to left of receiver. "KAL. 22 LANG FUR BUSCHEN 10919" is marked to left side of barrel and is followed by a "459" mark and three commercial barrel proof marks. Bolt configuration features three partial serial numbers. All serial numbers are matching. Item is without sling. The Mauser DSM34 was a lightweight rifle produced from the mid to late 1930's, originally as a "sporting rifle" since Germany was forbade by allied powers to produce military weapons under the Treaty of Versailles. It was later used to train German forces prior and during WWII because of it's similarity to the Mauser 98K.

The Mauser DSM34 you see pictured is the firearm you will receive.

Condition: Good to very good. Bore is bright. Finish has thinning and scratching to barrel and receiver, with a faint brown patina developing overall. There are small losses to sharp and raised edges. Wood stock is in good condition and shows only a few noticeable defects.

Please allow 5-7 business days for shipping, once payment has processed.