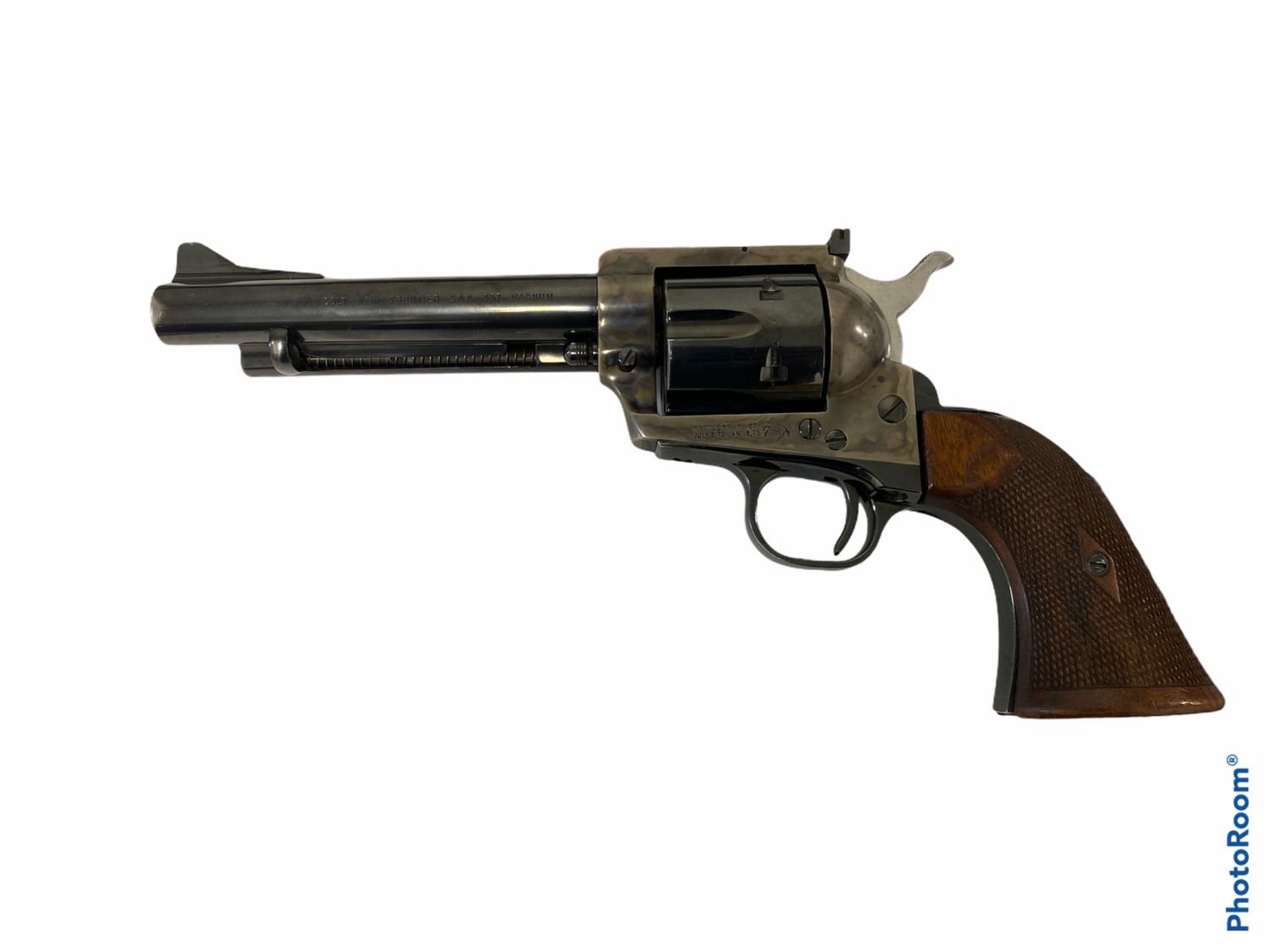 It would be nearly 70 years before Colt tried to improve the Single Action for the second time, and this time they did it correctly. The Perfect Single Action Army became even more perfect if such a thing is possible. In 1960, John Kennedy was elected president, and it looked like a new era had arrived, and in fact, people called that time the "New Frontier." To celebrate this new era of good feeling and look toward the future, Colt decided to upgrade the Single Action Army and call it the New Frontier. The mainframe was given a heavy flattop and fitted with an adjustable rear sight, matched up with a ramp front sight. The frame, including the new flattop, was beautifully case colored as only Colt could do, and the balance was finished in what Colt called Royal Blue at the time. It was just about the most beautiful sixgun ever seen.

The original New Frontiers is chambered in .357 magnum. What a perfect firearm to add to any collection and be enjoyed for new collectors and seasoned ones alike.